How James Bond ruined the world

James Bond films have a formula. Bond must save the world from an evil villain. And along the way, use some cool gadgets, sleep with a beautiful woman, and drink a vodka martini.

But where does the bad guy come from?

How did he become the baddie?

The 2-dimensional portrayal is mocked brilliantly in the film Austin Powers, in which the bad guy is simply called ‘Dr. Evil’ . His son Scott and his cronies find it very frustrating he doesn’t want to be rich or successful he just wants to be evil for the sake of it.

It’s not just James Bond that features an evil baddie, it’s Harry Potter, Lord of the Rings Power Rangers, The Avengers, Superman, Spider Man, Batman… good versus evil is one of the most dominant narratives in our films and stories.

Not only in our fiction though. Also in the news. Depending on your political persuasion, the media portrays terrorists, drug dealers, the British government, the Chinese government. Donald Trump, Harvey Weinstein, corporate executives, bankers, the EU, Brexit advocates and Nigel Farage as bad guys who have malicious intent. As with James Bond, little or no attention is given to why they are doing what they’re doing. There is an implicit assumption that they must be stupid, evil or insane. And this is leading to an ever more polarised world in which people either refuse to talk to the people on the other side of the debate, or ignominiously tear chunks out of them on social media.

Our cultural stories have become the lenses through which we see the world. We are on Team good and they are on Team bad.

According to this worldview, to win, to save the planet, end racism, reduce crime, stop drug trafficking, create a fairer, more prosperous world, or whatever it is we want to achieve, we need to defeat the bad guy.

Not only does this approach dehumanise the enemy, it’s expensive, it uses a huge amount of energy and it just doesn’t work.

One of the stories that best illustrates the futility of the ‘kill the bad guy” approach is told in the series Narcos.

We see Pablo Escobar becoming incredibly rich through finding various cunning ways to sell cocaine to people in the USA. 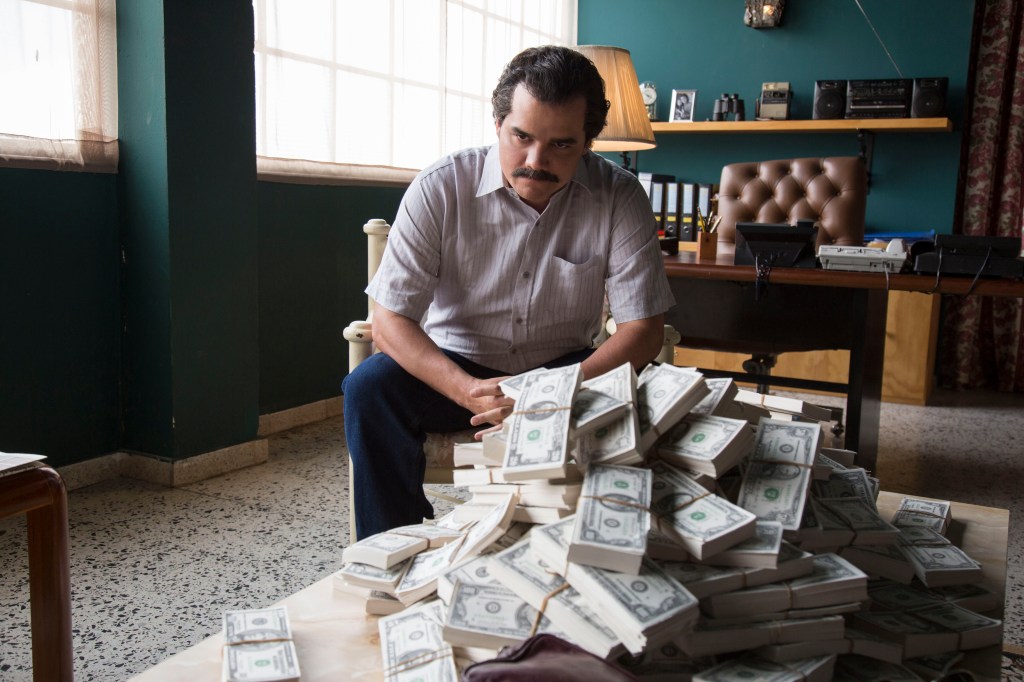 The Colombian and American police pour almost limitless time, money, blood, sweat and tears into finding and killing Escobar, which *spoiler alert*, they eventually do.

The good guys won! We could all sleep peacefully knowing that the enforcers are keeping us safe and have the drug traffickers are under control. Right?!

Of course not. The year after Escobar was killed, even more drugs arrived in the USA. Even if the solution to people harming themselves with drugs was to stop people selling them, which is highly questionable, we’re not able to do it.

They were four times as many cocaine related deaths in the USA in 2018 than they were 20 years ago. The war on drugs has been lost.

The war mentality doesn’t just apply to how we approach societal problems. It’s also often how we relate to ourselves.

In what Charles Eisenstein calls ‘the war on the self’, we might be at war with our:

And the solution? Self criticism. Lots of it, until you eventually metamorphose in a chrysalis of damnation into a perfect human being.

Or.. maybe there’s another way. What if our starting point was a firm belief that I’m not bad, they’re not bad and the world isn’t bad, and therefore if something is happening that I don’t like, or is causing harm, trying to understand why it’s happening.

If I keep overeating, why is that? Is it because I’m stressed, depressed or anxious?

If they have a different opinion to me, why is that? What might it be like to be them?

Empathy is actually much simpler, and requires much less energy than fighting.

It’s got to be worth a try. Our current approach doesn’t seem to be working too well!